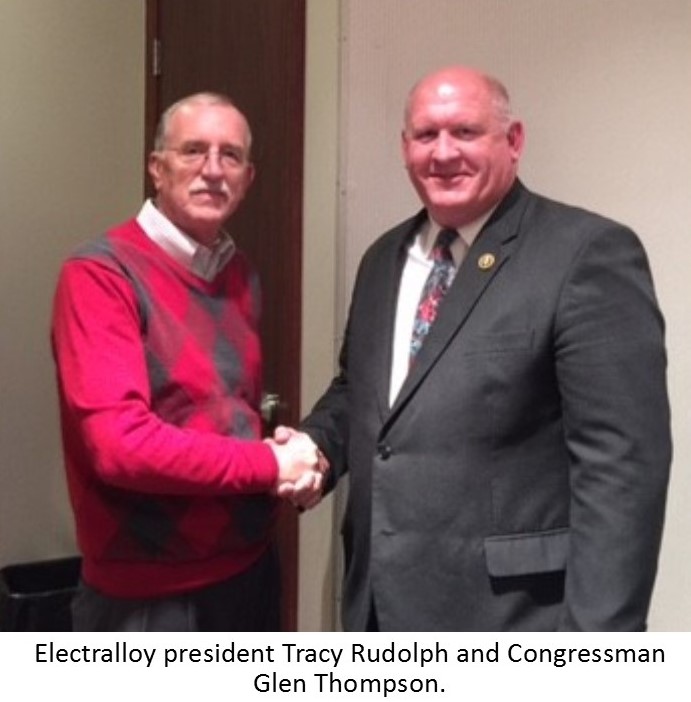 The purpose of the meeting was to provide an update on Electralloy’s participation in the Supply Chain to General Dynamics/Electric Boat for the Navy’s Nuclear Submarine Programs and to detail the importance of the program to national security.

The presentation included a brief overview of Electralloy’s capabilities and the materials supplied to the Navy’s Submarine Program.  Robert Dunn-Government Relations Manager-General Dynamics Electric Boat then detailed the status of current programs for the Virginia Class & Ohio Class Programs including build rates, funding, and milestones.

“Congressman Thompson has been a strong advocate for the funding of the Submarine Programs,” stated Electralloy President Tracy Rudolph. “The program serves as a global nuclear deterrent, provides for the security of the United States and world peace, and has a favorable economic impact on the US Supply Chain. We were very pleased to host this august group and are very proud to be a participant in this vital program.”